Head of the European Research Council-funded BlackBox. Project title: “A collaborative platform to document performance composition: from conceptual structures in the backstage to customizable visualizations in the front-end".

Principal Investigator of the “TKB project” (A Transmedia Knowledge-Base for performing arts) funded by the national Foundation for Science and Technology in Portugal.

Research Partner in EU-funded projects (“Culture Moves", "Europeana-Space", “RICHES”, Inside Movement Knowledge” and "LABO 21") at the crossings of Arts&Science and the digitalization of intangible Cultural Heritage.

At present my research focus is in the intersection of Linguistics, Cognition, Gesture Studies and the Performing Arts (from cognitive and ethnographic perspectives), particularly concerning the annotation of multimodal corpora in dynamic and collaborative digital archives for the analysis/documentation of contemporary dance. I support an embodied and distributed view of the human mind in line with contemporary cognitive science.

Scientific consultant for several dance-related structures in Portugal, The Netherlands, UK and Germany.

Free-lance translator of the European Parliament in Luxembourg and the European Central Bank in Frankfurt between 1990 and 2000. Selected for the reserve list of EU-RELEX competition 2012 (Function Group IV: Adviser for Social and Cultural Issues).

Author of chapters in books and papers in international peer-reviewed publications in the fields of (Cognitive) Linguistics, Multimodal Corpora, Digital Media and Cultural Heritage. 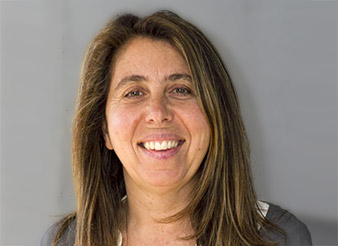