I graduated from the New University of Lisbon - Faculty of Sciences and Technology with a bachelor's degree as an IT Engineer in 2010. After that I started my Master's degree, in IT as well, and finished in 2013. By the end of my Master's I started working on my University on the LxConventos project as a scholarship researcher. The project consisted in creating a spatio-temporal visualization of the evolution of Lisbon's religious houses, using georeferenced data, photographs and 3D models.

By June 2014 I started a new scholarship, within the "Europeana Space: Spaces of possibility for the creative re-use of Europeana's content", for the Faculty of Social and Human Sciences from the New University of Lisbon. In this project I developed the CT, which aims to help choreographers by annotating video in both real time and after the session is done.

As of now I am working in the Netherlands for Horus, a geo-mapping and 360 video company. 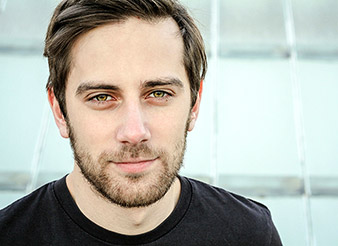