FCT grantee at National Museum of Science and Technology, Coimbra, between 2003 and 2006, and INOVART grantee in 2009 at National Centre for Contemporary Arts, Moscow, at the Video & Cinema Program.

Collaborator of CRIA, a research centre in Anthropology, since 2013.

PhD student in Contemporary Art at Colégio das Artes, University of Coimbra, and editor in chief of Artecapital, an online magazine specialized in contemporary visual arts.

She is currently a grantee at the FCSH - UNL where integrates as project assistant the team of the project "BlackBox - The collaborative platform to document performance composition: from conceptual structures in the backstage to customizable visualizations in the front-end". 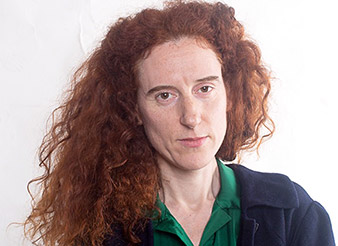