Rui Horta began his dance studies at the age of 17 at Gulbenkian Ballet. He studied, danced and taught contemporary dance in New York, a city where he lived for almost 10 years, having than returned to Portugal where he was a leading force in the development of a new generation of portuguese dancers and choreographers. In 1990 he was invited by Dieter Buroch to start S.O.A.P., a residence company at the Kunstlerhaus Mousonturm in Frankfurt. With SOAP he has created works that toured extensively all over the world at the most important theatres and festivals, such as the Joyce in New York, the Hebbel in Berlin, the Harbour Front in Toronto, the Spyral Hall in Tokyo, la Maison de la Dance in Lyon or the Thêatre de la Ville in Paris, that has presented and co-produced his work for over a decade. He was awarded prizes such as the Grand Prix du Concours de Bagnolet, the Bonnie Bird Award, the German Producers Prize, the Chevalier de l'Ordre des Arts et des Letres from the French Ministry of Culture, the Acarte prize by the Gulbenkian Foundation, the Almada prize from the Portuguese Ministry of Culture, etc. As a teacher he was a guest in some of the most important schools in Europe such as the Laban Centre, the Conservatoire National de Paris, the Conservatoire National de Lyon, etc. In 2000 he returned to Portugal (Montemor-o-Novo), where he established a cross-disciplinary research and residency centre, O Espaço do Tempo, in an old monastery of the 16th century, today a main production art centre in his country. His pieces continue to tour regularly in the international dance circuit and as a free lance they are in the repertoire of renowned dance companies such as the Cullberg Ballet, the Netherlands Dance Theatre, the Ballet du Grand Thêatre de Genève, le Ballet de l'Opèra de Marseille, the Gulbenkian Ballet, the National Ballet of Portugal, Random Dance, Ballet Goteborg, Carte Blanche, etc. Rui Horta is also a very active light, set and new media designer, as well as opera director, having staged works such as Stravinsky's Rakes Progress at Theatre Basel, John Adams Flowering Tree at the Gulbenkian Foundation and Luis Tinoco new opera Paint Me. His work has recently been labeled as German Dance Heritage. In the present moment he is touring Danza Preparata, a solo for the italian dancer Silvia Bertoncelli on the Sonatas and Interludes from John Cage performed life by Rolf Hind, and he has a new group piece that had premiered in Dresden, at the Hellerau. 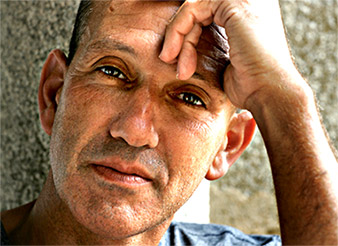